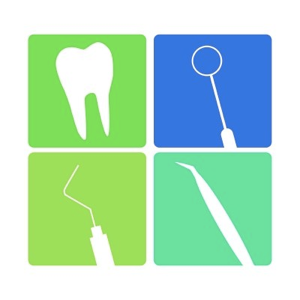 A New York jury awarded $8 million to plaintiff 72-year-old Shirley Boles from Fort Walton, Florida who claimed Merck’s osteoporosis drug Fosamax destroyed her jawbone causing serious pain and disability. The jury concluded that Fosamax was “unreasonably dangerous due to defective design, and that its defective design was a legal cause of Mrs. Boles’ injury.” (Associated Press 6/25/2010)

According to Merck, the plaintiff in this case alleged she used Fosamax from 1997 to 2006 and that she suffered various jaw problems and complications following two tooth extractions in June 2002, including a several day hospitalization in 2004 to treat her condition.
Merck is challenging the decision because the plaintiff had medical problems that cause people to develop jaw problems, regardless of whether they were taking Fosamax. She had significant periodontal disease and a history of smoking up to a pack of cigarettes a day, which can result in poor wound healing.

In addition, Merck presented evidence that it acted responsibly in researching and developing Fosamax and in monitoring the medicine since it has been on the market. The company’s clinical trials, conducted both before and following approval, have involved more than 28,000 patients, including more than 17,000 treated with Fosamax. (Merck Press Release 06/25/2010)

The jawbone problem that this case is referring to is called “osteonecrosis of the jaw” or “ONJ” for short. ONJ involves the exposure of the bone of the upper or lower jaw, usually due to extraction of a tooth, oral surgery or trauma, causing a painful wound that does not heal after 8 weeks. The majority of ONJ cases have occurred in patients given multiple doses of intravenous bisphosphonates to prevent or treat bone metastases.

Now all bisphosphonate labels and the new medicine Prolia disclose the link to osteonecrosis of the jaw in their product information. If you are taking one of the bisphosphonates or Prolia practice good oral hygiene and stay up-to-date with your dental visits. If you need to have a dental procedure or oral surgery, discuss your options with your physician and dentist.
-Diane L. Schneider, MD
________________________________
Source: AP, Merck Press Release, ASBMR
Image: courtesy of Salvatore Vuono /FreeDigitalPhotos.net