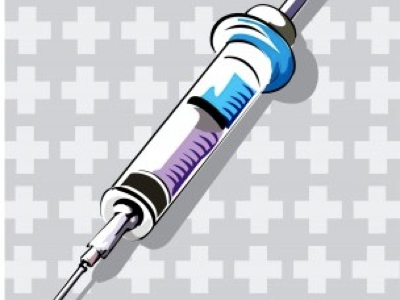 On the heels of the European Union’s approval, the FDA announced today approval of Amgen’s osteoporosis drug Prolia™ (denosumab) for treatment of postmenopausal women with osteoporosis. We were expecting news later in the summer, so this early announcement was a surprise. Prolia™ is given in your doctor’s office as a shot under the skin twice a year.

The approval is based on the 3-year clinical trial called the Fracture Reduction Evaluation of Denosumab in Osteoporosis every six Months study, called the FREEDOM study for short.

The FREEDOM study published in August 20, 2009 issue of the New England Journal of Medicine. The study included 7,808 postmenopausal women with osteoporosis. At the start of the study, the average age of the study subjects was 72 years. Their average lumbar spine DXA T-score was -2.8 and at the neck region of the hip -2.2. About 24% had spine fractures found on x-rays.

At the end of 3 years, the women receiving a shot of Prolia™ every six months increased their bone density and had far fewer fractures then those given an inactive placebo shot. The researchers observed:

Overall, Prolia™ was well-tolerated, few differences in side effects were observed between study groups. Several skin problems were reported more often in the women treated with Prolia™ but overall were infrequent. Ezcema type of skin rashes were reported in 124 women or 3.1% taking Prolia™ compared with 69 women or 1.7% on placebo. Skin infections leading to hospitalization were uncommon but a few more cases occurred in the Prolia™-treated group (0.4% for Prolia and 0.2% in placebo).

Prolia™ works in a different way than any other FDA-approved medicine for osteoporosis. It decreases the breakdown of bone by new targeting the development and activation of the bone breakdown cells called osteoclasts.

Prolia™ offers a new choice for postmenopausal women to treat osteoporosis and decrease the risk of fractures. Prolia™ will be dosed at 60 mg is given by an injection just under the skin every six months at your doctor’s office. Talk with your doctor, if this is an option for you.