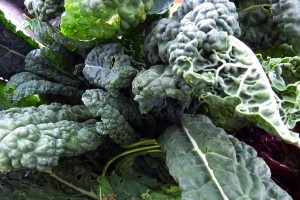 Vitamin K is essential in bone metabolism. One role is modifying vitamin K bone-specific proteins, including osteocalcin, that are critical to bone formation. Whether larger amounts of vitamin K than present in a typical diet are needed is uncertain.

There is conflicting evidence on whether dietary or supplementary vitamin K has any effect on bone density and fracture risk. The conflicting findings on the effectiveness of vitamin K on bone may be due to use of the different forms of vitamin K and different study populations. Studies conducted almost exclusively in Japanese postmenopausal women show positive results. In contrast, vitamin K supplementations in reducing bone loss in older men or women of other ethnicities have been largely been negative. Singling out one nutrient for research may miss a synergistic effect of other nutrients in combination that are essential for bone health.

Naturally-occuring vitamin K exists in two primary forms in the diet: vitamin K1 (phylloquinone) and vitamin K2 (menaquinones).  There are mulitple forms of vitamin K2 but menaquinone-4 (MK-4) and menaquinone-7 (MK-7) have been identified as having a potential role in preventing bone loss in addition to vitamin K1.

Vitamin K1 is found in green leafy vegetables and vegetable oils. Multiple forms of vitamin K2 are found in fermented foods, meat, and milk products. Vitamin K2 is primarily produced by bacteria in the intestine. MK-7 is present in traditional Japanese fermented foods called natto and some cheeses. MK-4 is converted from vitamin K1 in the intestine.

The evidence at this time does not support extra supplementation of vitamin K. However, some popular calcium supplements include vitamin K. For example, Two VIACTIV® Calcium Soft Chews contain 80 mcg of vitamin K1 or 100% of the Daily Value.